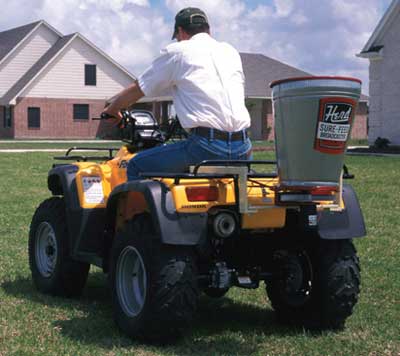 The imported fire ant, Solenopsis spp. (Hymenoptera: Formicidae) is a serious nuisance pest throughout the southern United States that interferes with our daily lives. With their aggressive behavior and stings, worker ants from fire ant colonies threaten humans and animals.

For many years, attempts to eliminate fire ants have resulted in only limited, temporary success. Many insecticides are effective, but because of their prolific reproductive capability, fire ants reinvade treatment areas and continue to be a major pest.

While eradication of this species is desirable, it is not realistic. The best alternative to reduce their impact is to develop and implement a plan to suppress fire ant populations in neighborhoods and communities.  To read more about the development of a community-wide fire ant management program refer to Considerations for the Development of Community-Wide Red Imported Fire Ant Management Programs.