Everyone wants a quick fix to get rid of fire ants, but rarely is a short cut the right way. We recommend Fire Ant Control: The Two-Step Method and Other Approaches, or some of the other educational materials at How to Kill Fire Ants, but let’s take a look at some home remedies and their effectiveness at controlling fire ants. 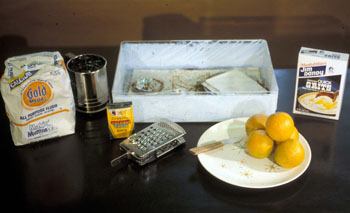 Home remedies are commonly suggested as a way to control in place of many fire ant control products on the market. Home remedies are not necessarily safer choices than pesticide products. Gasoline, diesel oil, chlorine bleach, ammonia, drain cleaners and acids are dangerous to anyone who may come in contact with them AND illegal to use. Runoffs from these products can contaminate water sources that are near your home, children, pets and livestock.

The club soda remedy is appealing because of its availability and environmental safety, but it has been disproven in many university trials. Carbon dioxide is known to be lethal to many organisms, but the quantity of carbon dioxide generated by a bottle of club soda is not enough to fill a colony that may extend 12 feet under ground.

Myth: Pouring uncooked grits on fire ant mounds will kill them.
Fact: Grits are proven to have no effect.

Research has indicated that using dried grits does not control fire ants. In theory, the ants will eat grits, which will swell in their stomachs and cause them to explode. However, fire ant workers cannot eat solid food! The only members of the fire ant family that digest solid food are the oldest larvae, who feed the rest of the colony in liquid form.

Pouring boiling water on a fire ant colony is an old home remedy that has some truth to it. Researchers estimate it is about 60 percent effective when approximately three gallons of water are used. Although there is truth to this home remedy, it is VERY dangerous to the applicator and will kill the surrounding vegetation.

Myth: If you mix fire ant colonies they will kill each other.
Fact: Workers may die, but not the entire colony.

Fire ant mixing is a common suggestion for killing fire ant colonies. When mixing colonies, there is potential for workers to be killed, but little chance that the queens will die. In order to kill a fire ant colony, the laying queens must be killed. Generally, disturbed colonies just move to a different location.

Myth: Baking soda, vinegar, molasses, plaster of Paris and aspartame will kill fire ant colonies.
Fact: These have all been tested and found ineffective.

All of these popular home remedies have been thoroughly tested and proven to have no effect on fire ant colonies.