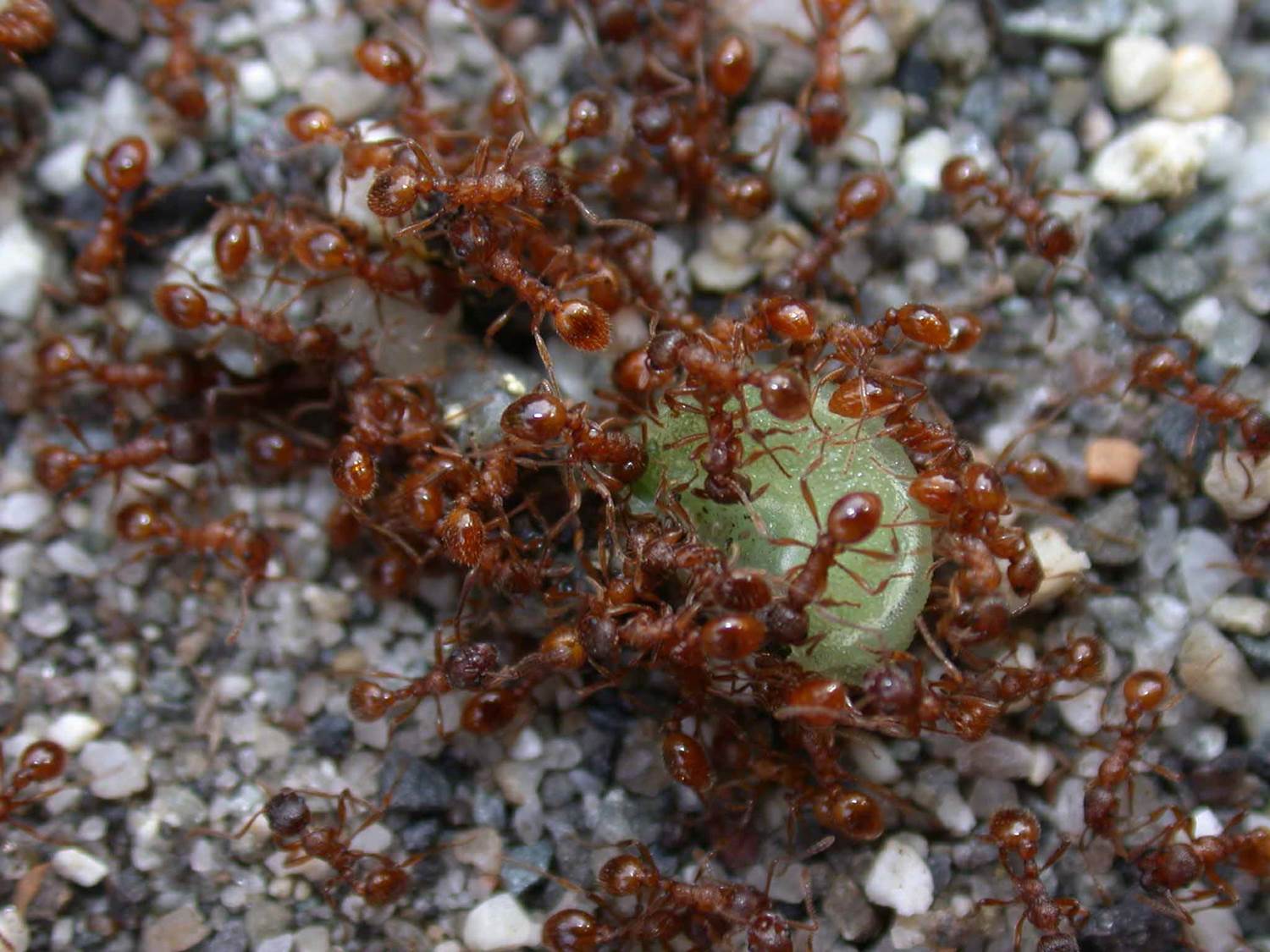 European fire ants (also known as European red ants, Myrmica rubra) are very small (3/16th of an inch long) red ants that are a pest for people and their pets, and a threat to the environment. These ants have a native range that extends from Great Britain to Siberia and from the Black Sea to the Arctic. Their diverse and cold native habitat makes them well adapted to weather in the Northeastern United States. Current infestations in North America are concentrated in coastal communities in Maine and isolated inland sites along ponds and water ways in Maine, New Hampshire, Massachusetts, and New York.  Infestations are also know along the Great Lakes area in New York and Pennsylvania, as well as throughout a nature preserve in Seattle.  This northern ant has also established pestiferous populations at various locations throughout the Maritime provinces of Canada, and Quebec, Ontario, and Vancouver.

European fire ants can be distinguished from most other ants because they sting and because adults have two nodes on their waist and two backward pointing spines on their middle body section (see figure below).  The ants build nests in soil under rocks, wood, or other debris.  They do not build large soil mounds.

The European fire ants are aggressive stingers and can sting repeatedly. Their sting is accompanied by a temporary, painful, burning sensation. Nests are cryptic and difficult to detect, and people who unknowingly disturb the nest can quickly be swarmed and stung by ants protecting their nests. Large numbers of workers are usually actively foraging outside the nest in invaded habitats. These foragers are present in dense numbers on the ground and above ground vegetation.  They can crawl onto people or pets as they brush against foliage when moving through infested areas.

The European fire ants prefer to nest in areas that are cool, moist, and shaded. Nests are frequently located along tree roots and under or in various substrates including leaf litter, woodchips, woody debris (downed trees and rotting logs), stones, and human materials (pieces of tin, plastic, boards, brick and potted plants).

When European fire ants move into new areas, they completely displace native ants and negatively impact other insects.  As sugar loving ants, they also forage on flowers and extrafloral nectaries and can disrupt local pollinators.  The European fire ants also tend a variety of Homopterans with greater efficiency than local native ants, and as a result, increase populations of aphid and other honeydew producing insects feeding on plants.

Populations of European fire ants are difficult to manage for a variety of reasons. These ants form large colonies with multiple nests so if a single nest is destroyed, other nests may remain active. European fire ants do not build large conspicuous soil mounded nests.  Their nests are camouflaged by their surroundings, which greatly delays identifying new infestations until their populations increase enough to interfere with human activities. They can also form incredibly large and dense populations. In their invaded range, these ants have an average of 1.4 nests per square meter and up to 4 nests per square meter in heavily infested sites.

Preventing infestations of European fire ants is best.   If you don’t have European fire ants, carefully inspect all plants, woodchips, compost, logs, and soil before you bring them to your property. If you have European fire ants, you can minimize the problem by removing stones, boards, fallen leaves, logs, and other debris to eliminate potential nest sites from your yard or garden. These ants require moist habitats, so reducing irrigation and increasing solar exposure by mowing tall grass and pruning shrubbery may make parts of your property less hospitable to European fire ants.  Chemical control is currently the most effective way to suppress ant populations. Bait-formulated pesticides are the most effective treatment. Baits consist of an insecticide blended with sugar, oil or protein food sources. They work better than insecticides applied directly to foraging ants because they are carried back to the nest and fed to queens and brood, thereby killing most ants in the nest.  For more information see European Fire Ant: Management for Homeowners. 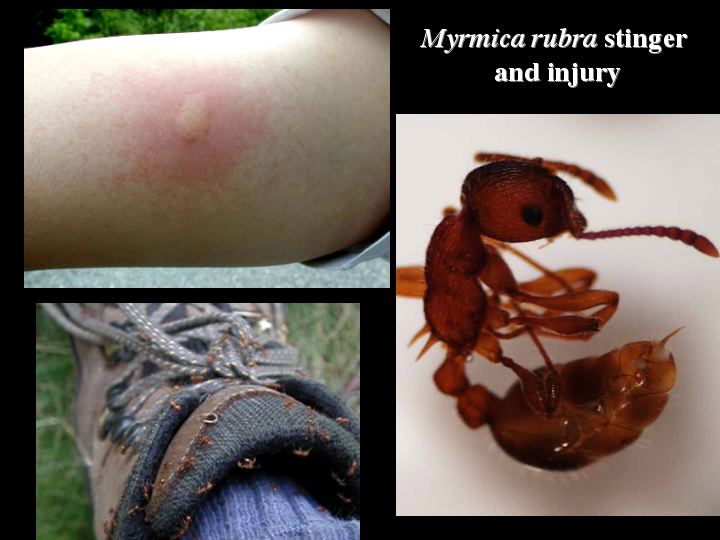 Prepared by:  Elissa Ballman and Eleanor Groden, University of Maine